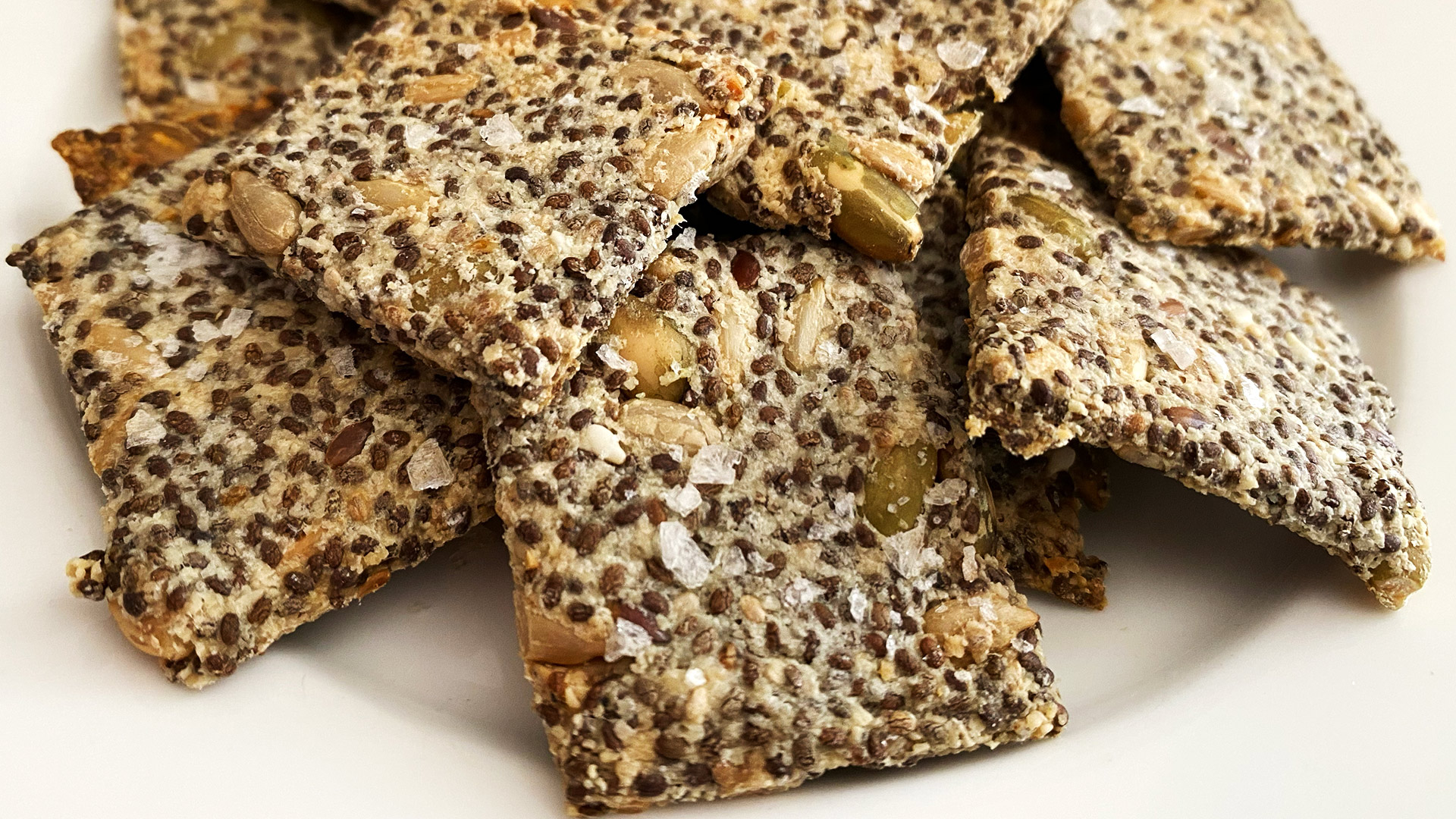 My first attempt at these crackers used an egg as the binder. I was reading a vegan recipe for brownies and they suggested that you could use chia seeds as a vegan egg replacement. It gave me the idea to try in these crackers, as I always felt the egg flavor in my earlier iteration of these crackers was rather strong. It turns out that not only are these less eggy flavored, but they are crispier and have a longer shelf life..so win win!

You could probably replace the olive oil with any other neutral(ish), non vegetable oil you would like. Maybe Lard? Yum!

Pay attention to your time for baking as it may vary depending on humidity and how much oil, water etc you have used. Make sure that the edges are beginning to brown and that your crackers feel solid in the middle before taking them out of the oven. You can also play with just turning off the oven and letting them cool inside. But you should definitely pay attention so they don't get too brown.

Feel free to use any combination of seeds in the seed mix area. Pumpkin, sesame, sunflower seeds, flax seeds. I like to buy a nice mix that Whole Foods sells near their bulk food section.